Here is a demo reel of some my work on TV and FIlm playing cops, crooks, kooks, and creepers! 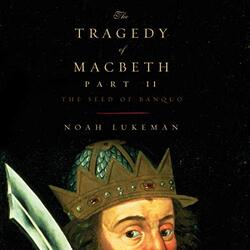 In this sequel to Shakespeare's Scottish Tragedy, I provided the voice for King Malcolm along with a full cast.

"Noah Lukeman's bold sequel to Macbeth, written in blank verse, is afierce, memory-ridden love letter to Shakespeare and an enthralling reminder that, in pour imagination, Shakepeare's greatest plays have no end" -Nigel Cliff, author of The Shakespeare Riots

Available on Audible free of charge!
See full episodes of Batman: Master of Fear here: "Pilot" and "Episode 2". For a little taste, see the video below to see Commissioner Gordon duling it out with Gotham's baddies!
Site powered by Weebly. Managed by SiteGround